Yamagata Documentary Dojo is a 30-day residency program for Asian filmmakers in a hot spring spa resort in the mountains of Yamagata, Japan, a region known for its biennial international documentary film festival. This fourth edition in the midst of a global pandemic was held in partnership with Taiwan Film and Audiovisual Institute (TFAI), in which two filmmakers from Japan stayed in Hijiori Onsen, Ohkura Village, while filmmakers from Taiwan and other Asian countries experienced the program in their respective countries, with regular online correspondence and sharing. The program is designed to give filmmakers with documentary film projects the opportunity to work intensely on their rough cuts, deepen creative ambitions, and to receive mentorship from filmmakers and industry professionals. For a four-day workshop, the group of filmmakers was joined by three other Japanese filmmakers who took part in mutual peer feedback.

Overview
= The program design
Starting with a stimulating and intense group session (the workshop), the filmmakers deepened their discussion with one-on-one meetings with mentors. The filmmakers in Japan then met with an audience after a public screening, and everyone entered a period of reflection, thinking, and then editing. The program does not require a finished roughcut, and the filmmakers are free to decide what their challenges will be. The supportive community that was built over 30 days will continue to sustain each of the independent documentary filmmakers’ journeys with their films.

= The discussions
The six AIR filmmakers were from different backgrounds, working on very different types of documentary, and in various stages of their projects and careers. This gave opportunity for interesting exchange and sharing.
Experienced filmmakers provided accounts and information from experience, while less mature filmmakers asked fundamental questions and pushed others to think deeply and return to their core.

= Online / in-person
The pandemic forced the program to be run hybrid, with Japan-based participants having an in-person experience in Hijiori and the others taking part online. Using apps and online tools, and with a high level of Japanese-English interpreting, the program worked to bring the group together.

= To the films’ completion
The organizers will follow up with the progress of the films and share updates on a private facebook group, planning regular reunions and supporting participants with useful information for their filmmaking. 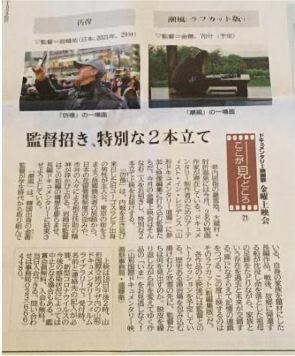 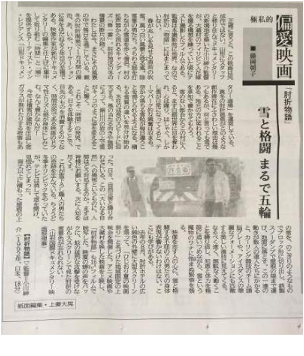 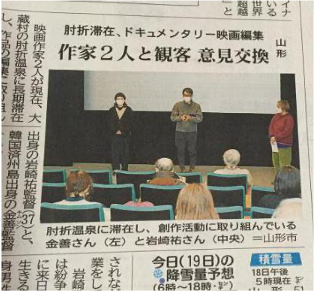 Filmmakers say:
= The number of zoom windows is the number of insights and perspectives we got from this very supportive community.
= After the pandemic and being locked away in the editing room, traveling to another city was a joy to realize that the world is big and there is lots to be curious about.
= Morning meetings made me feel like we were very close to each other despite being far away. To know that I am doing this with others and I’m not alone made me a bit more brave.
= Compared to the nervous days and nights, in this new place I slept well and felt peaceful with the challenges I had to face. It reminded me how I used to be playful and so open as a child — I’d totally forgotten about it in making this film and it was great to find it back again.
= As our team was going through film production during the dojo, every time we met was like discovering bright sky in the middle of a storm. Though I was tired, the energy came back. I hope some day we can really sit together, just drinking and talking, under the same sky.
= Chased by work and daily life, I had turned my back to my filmmaking, making excuses to myself. The dojo allowed me to escape to a time and space I never knew, and allowed me to save something dear. It also made me discover an unknown side to myself.
= Discussing with the others made me believe in my own film again. The faces of the participants and the time they offered for me now provides me with a reason to keep on with the project.
= Listening to the mentors and filmmakers was fascinating. It was the first time to share the film to outside people and the different perspectives were enriching.
= Looking forward to meeting the others in the morning, and going through the days was like ink finding form on paper, which made me very happy, calm and settled.
= Having time just to focus on our project and not running around, I started to see daily things in a new way. Dojo helped me pay attention to the things that are already there in front of me.
= The best thing was that there was no pressure to “earn” something or “gain” support. I was more free to ask questions and share doubts.
= Since were were all in this mode of helping each other and trying to find our ways into each other’s films, it helped me be more relaxed and more open, to see the film as it is and not try to bend it.
= The time was intense, but enough time for discussion for each project, a truly rich opportunity.
= For four years since my child was born, I was unable to touch the footage stashed away in boxes. Thinking that raising a person is more important than my filmmaking, I had almost given up on myself. But by sharing the project with everyone, the biggest discovery was that there is meaning to this.

Mentors say:
= Since the pandemic, it’s been rare to be able to speak at length about film projects or talk philosophically about things that are not immediate or practical. I was grateful for this sharing of different opinions and perspectives, even if we are separated by time difference and distance.
= What is unique in the dojo is that you are not only presenting your own work, searching for help or advise. You are also sharing your own doubts to help the other. Your solutions gave me ideas to solve my path, too.
= I was really so hungry for encounters, I’m so grateful for this opportunity to meet you all. I’m just like one of you, and dojo gave us a place where we can help each other, where we can be each others’ sounding boards.
= It was a cherished opportunity to enter the process of a film when it has infinite possibilities. Asked by the organizers NOT to be a mentor who provides answers, I reflected on my own daily work as curator — how often did I arrogantly tell artists how their work should be? It was a humbling learning experience for me. 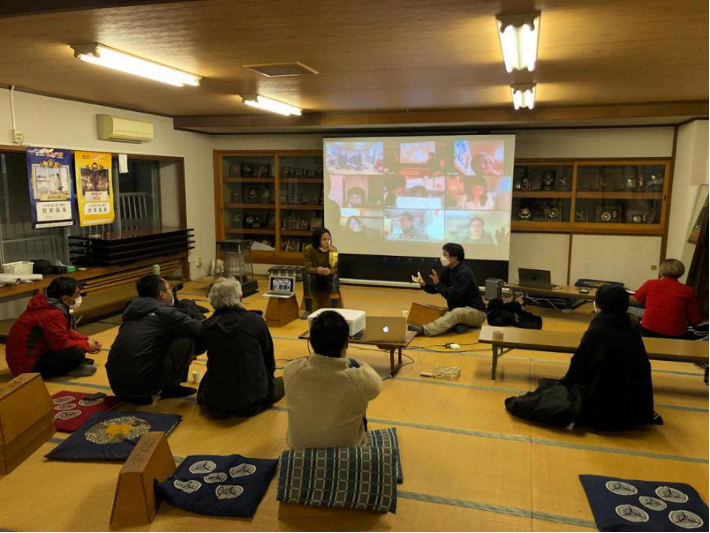 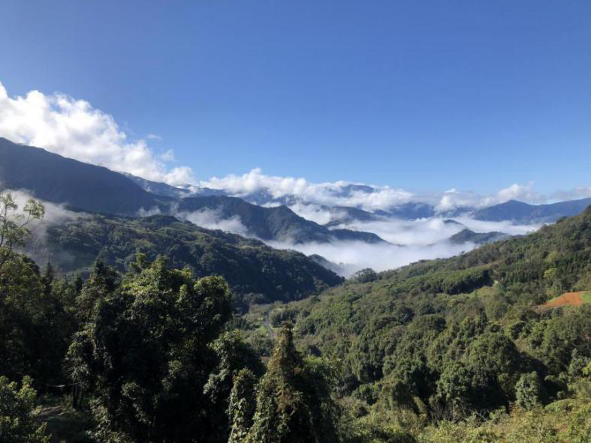 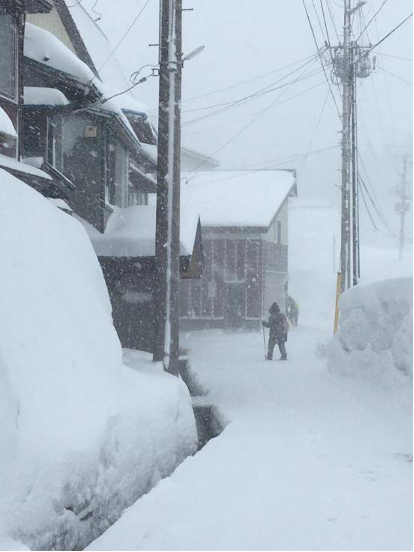 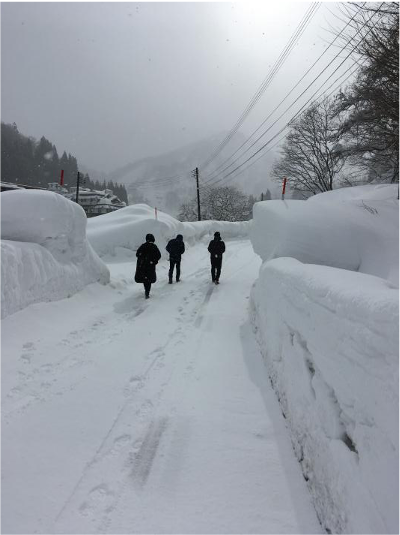 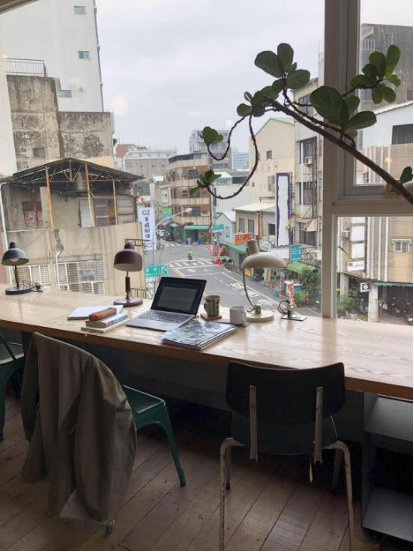 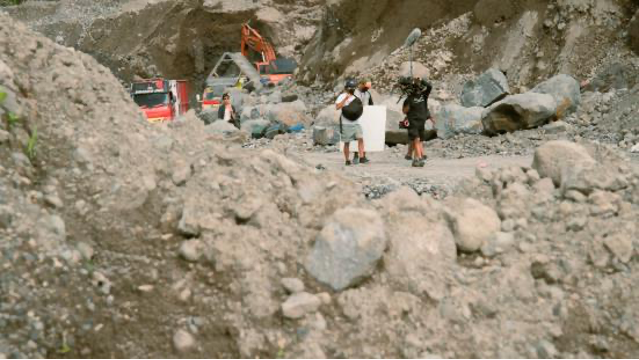 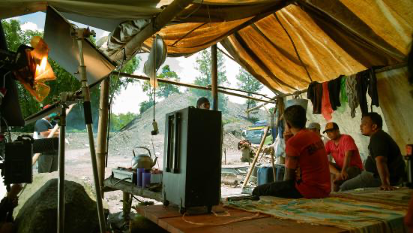 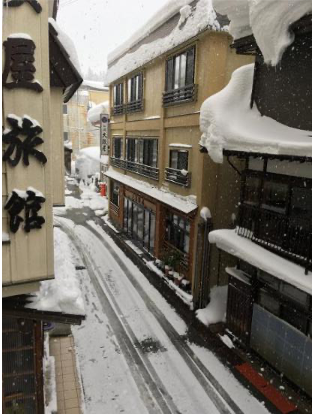 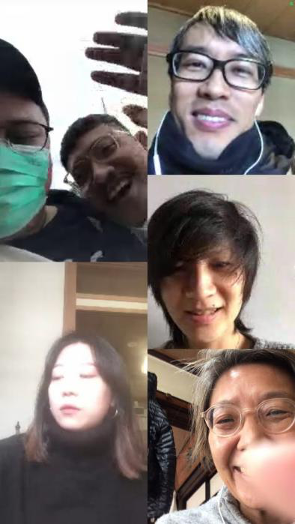 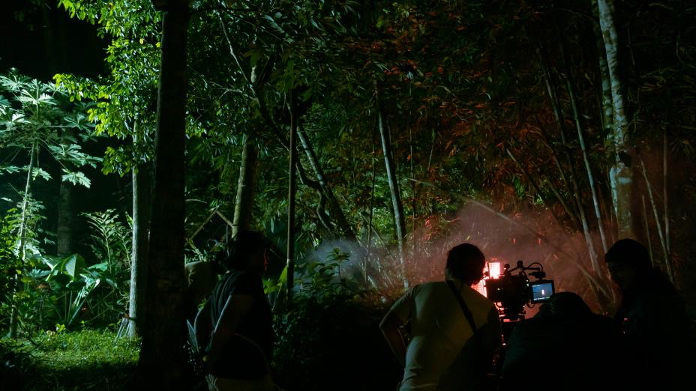 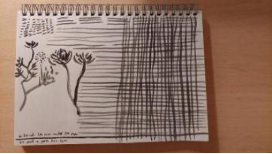 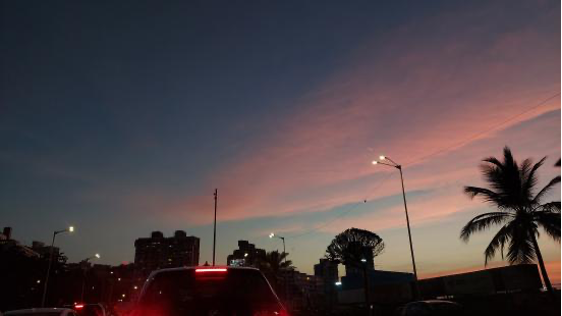 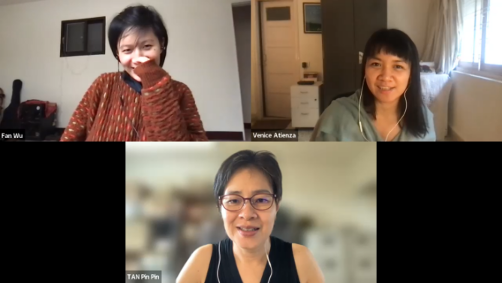 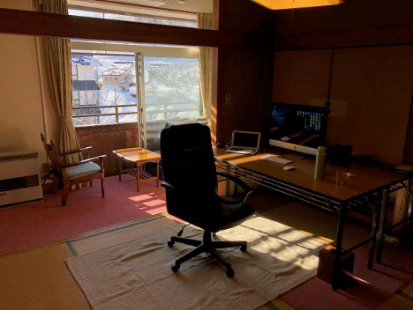 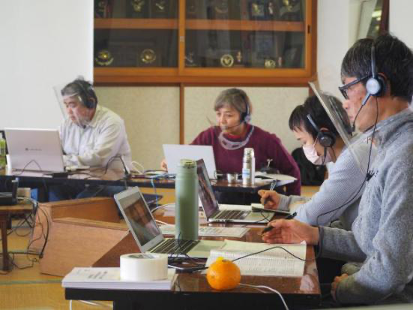 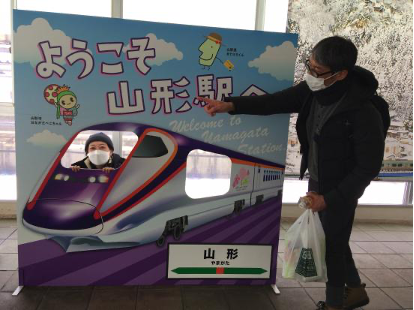 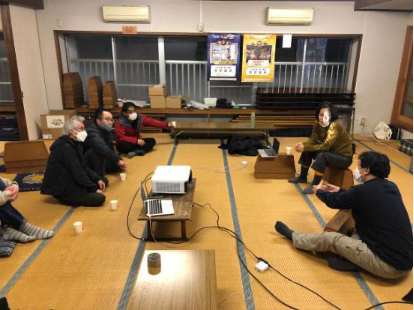 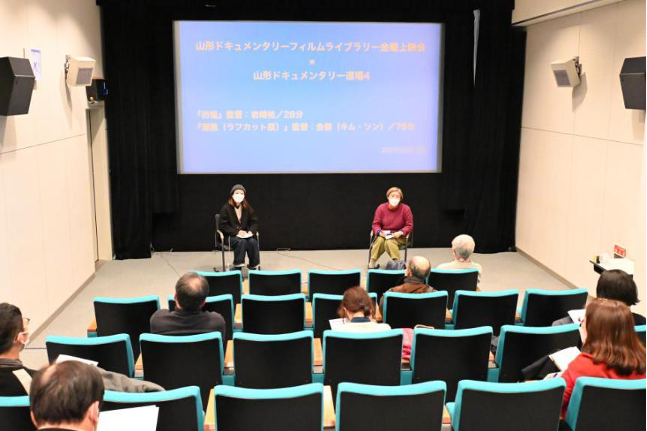 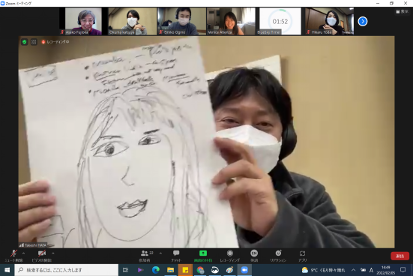 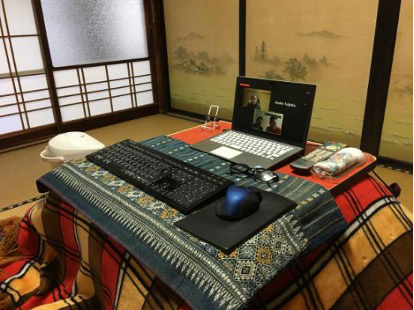 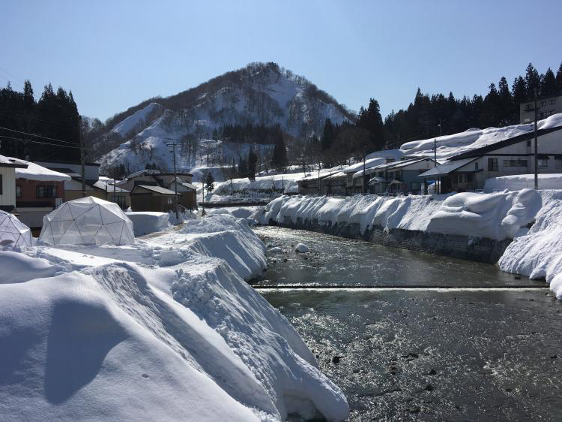 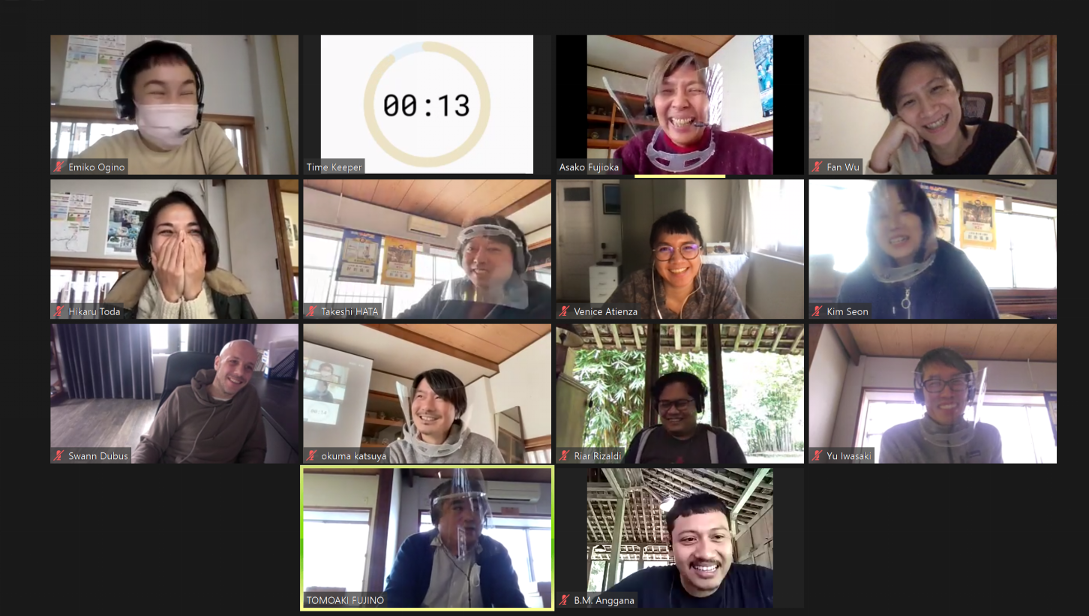